Red Spade, also known as Vincent Wilson by day, is a singer, song-writer, and rapper who incorporates his individuality into everything he does, building up a brand like no other. The young, Delaware-based artist just released his newest single, “Waste My Time,” showing that he has no intentions of slowing down. We decided to sit down together and talk about the new track, which you can read below. 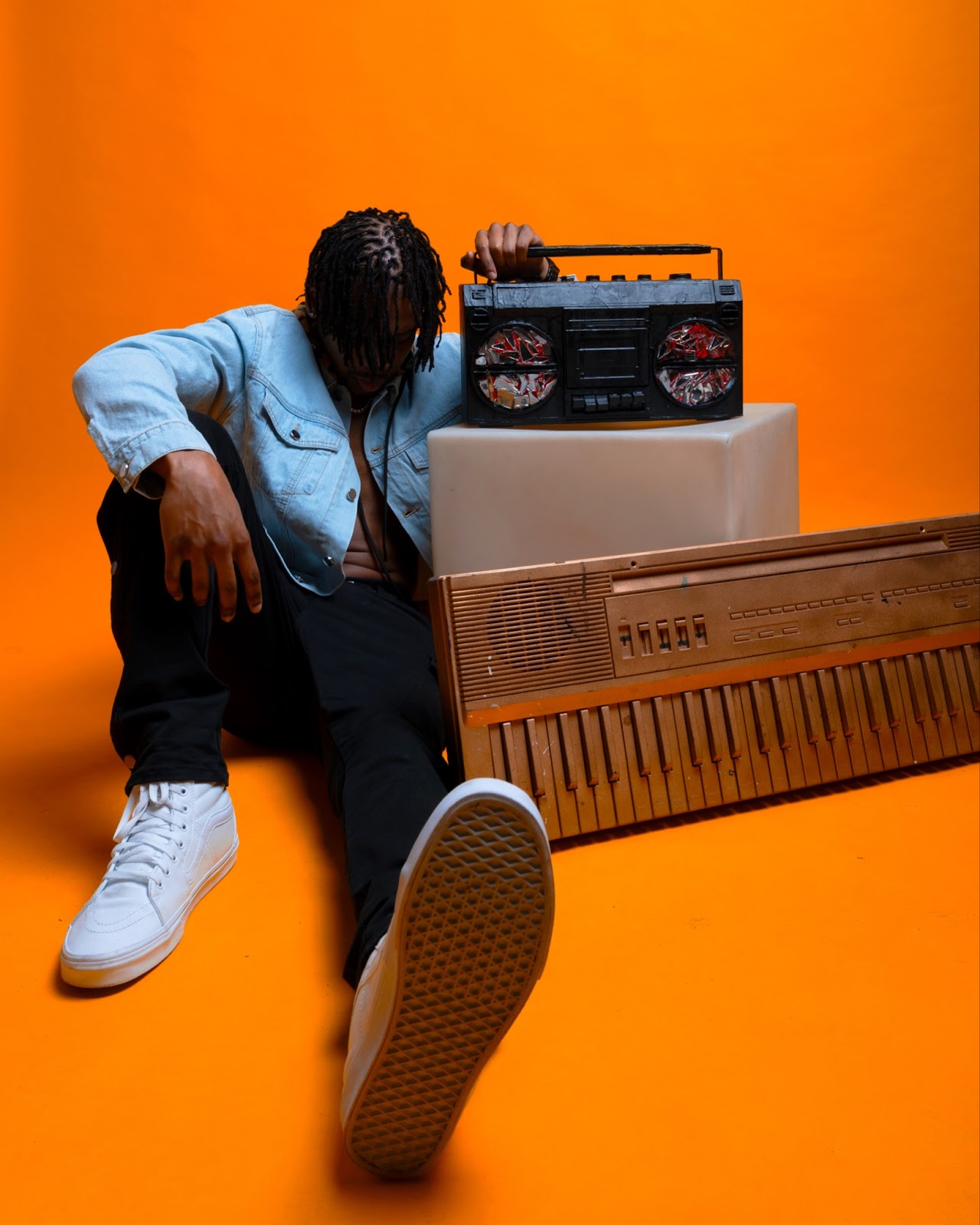 The catchy lyricist isn’t just known for his music, however. His exceptional business skills and entrepreneurship demonstrate just how courageous he can be to build his brand and inspire like-minded individuals, creating a clothing line to showcase Red Spade’s style. Additionally, Vincent is the head engineer of Studio Go, an innovative mobile studio business that has taken music recording to the next level. The artist’s talents truly know no boundaries.

Hey Vincent! Thanks so much for taking the time to talk with me a bit about who you are as an artist. I want to first dive into your background a little. How did you get your start in music?

Red Spade: “I got my official start in music when I was in middle school. That’s when I started recording myself. I’ve been writing lyrics, poems and songs since I was 12.” 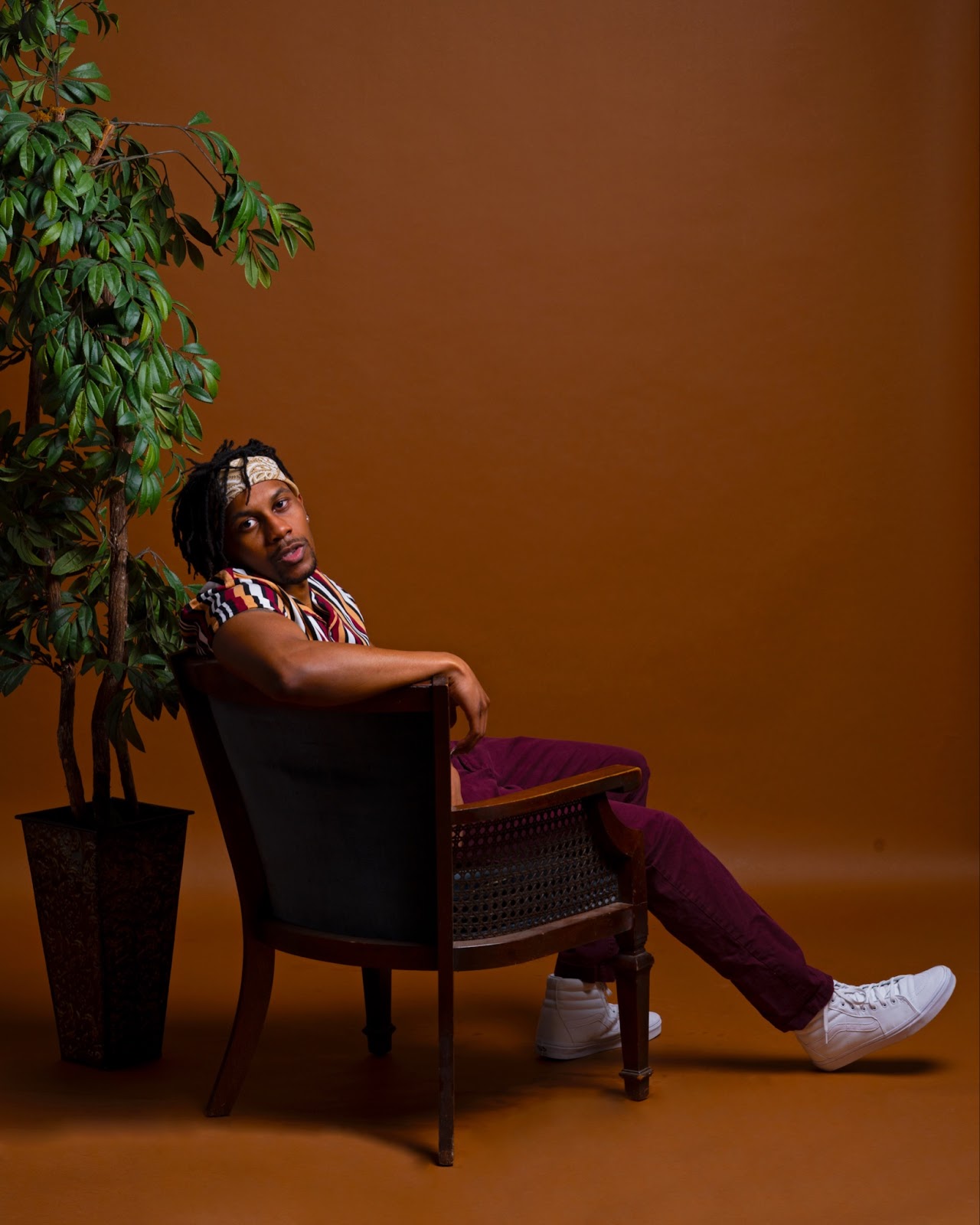 That’s an early start! I love it. It’s always extremely inspirational to see kids get exposed to music in a way that impacts them that heavily at such a young age. What made you create the name Red Spade. Would you say this persona differs from who you are in your day-to-day life?

RS: “The name Red Spade comes from how I was raised and how I go about everything I do. I want to be my own person and redefine many things in the world and in music. Red Spade is a symbol of individualism and it’s honestly who I am outside of my music too. I am the brand with or without the name.”

Wow. That last statement is powerful. And even with creating your own entity, were there any particular artists that you looked to for inspiration to make Red Spade what it is?

RS: “I get a lot of inspiration from other creatives as a whole. I can watch a movie and get inspired or look at art and listen to music and get inspired. Any creative that has something to say that I can “feel” or seems abstract is what I’m usually drawn to.”

I love it. I’m the exact same way. I’m extremely drawn to creative energy. In terms of similar creative flows, if you could create a hook for any artist in the game, who would it be, and what would the song be about?

RS: “I actually song write, and I have a song that would be perfect for Travis Scott! I just haven’t figured out how to get the damn song in his hands yet. Other than that, though, I would love to make a hook for someone like Childish Major. The song would be about finding out you don’t need to work the job you hate anymore because things worked out and quitting your job the same day.”

Wow, you really have given this a lot of thought! I think anyone trying to pursue their passions would be able to relate to that. But let’s focus on the here and the now with your latest release, “Waste My Time”:

Was there a specific event that led to the creation of this song?

RS: “When I made this song, it was actually a response song to another single of mine called “Won’t Say”. I was supposed to release this one first but decided not to. This song speaks on what I observe when it comes to relationships and what’s being pushed, whereas “Won’t Say” speaks on the brighter side of things and what genuinely makes us happy as people, especially since we’re afraid to speak on those things sometimes.”

That contrast is incredible. I had no idea it went with another song! If you could get any rapper to remix this song, who would it be and why?

RS: “I’m not sure if I can think of someone I would want to remix this one forreal. I love it The way it is. It gives me a Caribbean tropic vibe so maybe an Afrobeat Artist like Mr.Eazi. I like his style.”

Oh, I wouldn’t have thought to create a vibe like that! But you’re right, the song is already so dope as it is. But there actually is something else that caught my eye before I played through the track. How did you decide on the cover art for this single? Dali is one of my artists, so this was a super interesting idea!

RS: “I’ve had the melted clocks piece in my room since I was like 14. It always caught my eye for some reason. I like a lot of Dali’s work and his approach to his surrealism pieces. Time is precious and sometimes it feels like it’s melting away from us. His art came to mind almost immediately. You have a great eye!”

Damn, that might have to be my favorite thing about this release. But in comparison to your other tracks, how would you say “Waste My Time” relates to the rest of your discography?

RS: “I like every song I make to sound like me, but not sound the same if that makes sense. I’ve always been the type to experiment with different ideas and try them out. That’s the freedom I love with being independent. I’m in a pocket right now where I’ve found a balance between the two styles I like and I would say this song reflects part of the direction I’m going in most.”

Working with independent artists is my passion for that very reason. The risk-taking that goes into figuring out who you are as an artist is so much fun, and it’s even more enjoyable when you have that creative freedom. When you think about this song, when and where do you think this song is the perfect vibe for?

RS: “This song is perfect at night, in the car cruising around. You can dance to it too, so a party or kickback matches the vibe. I want to hear more of my music in movies and shows too!” 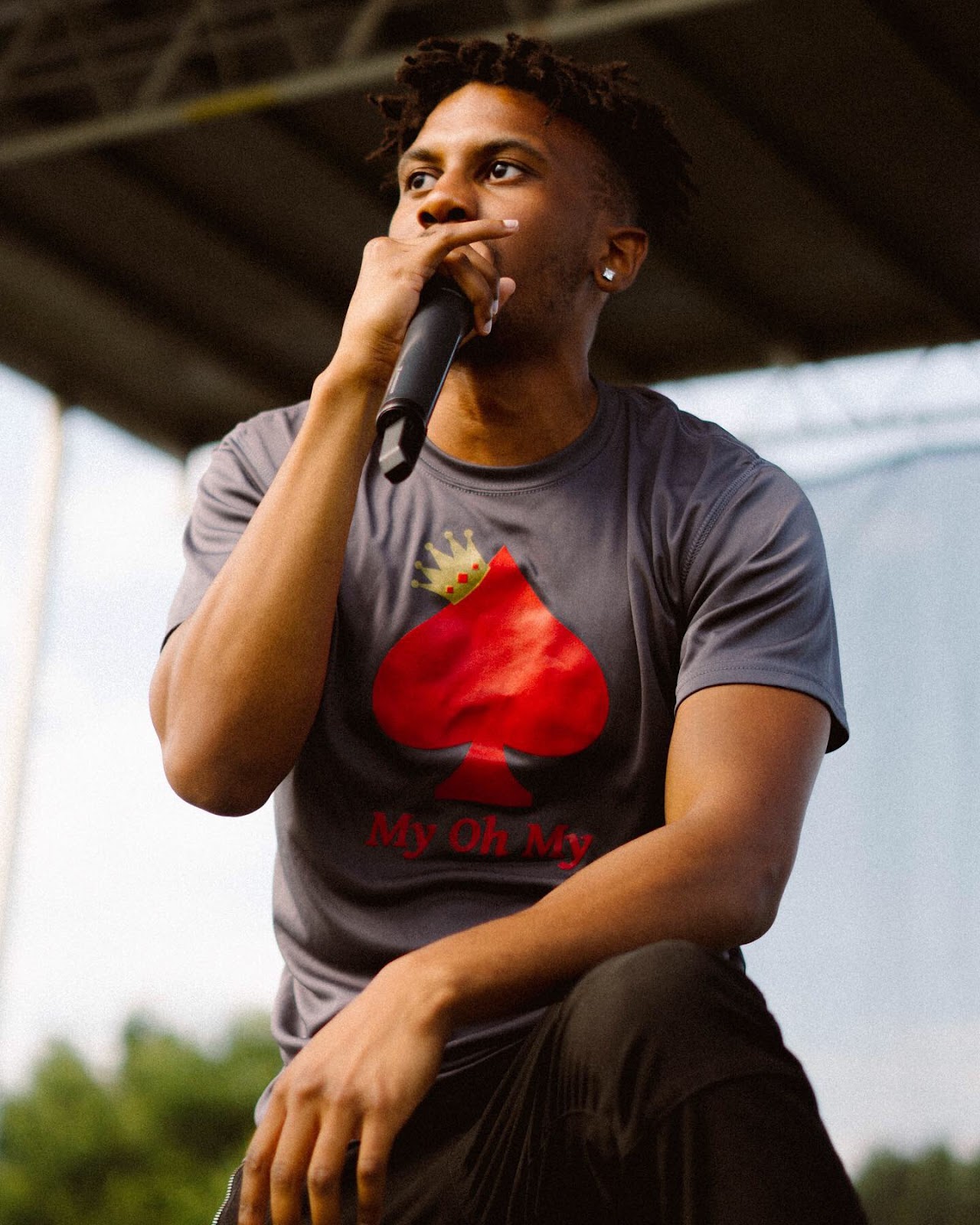 Yes, give this track all the placements! I’ll be keeping an ear out for it in all of the new movies! What projects are you working on for the rest of 2022 and how can fans keep in touch to hear about new releases?

RS: “I’m working on my first official album currently. While I do that I’ll be building up my mobile studio business “Studio Go” with my team and releasing small content through that. There’s a lot of work to be done but the way things are looking we’re going in the right direction for sure. Anyone who wants to join me on my mission can keep up with me on Instagram, tik tok, and YouTube. You can also check out Studio Go on Instagram too!”

If you dug Red Spade’s vibe, make sure to show him some love at his socials below:

Want to read about other artists like this one? Sign up for e-mails here and get them straight to your inbox! I promise I won’t spam ya♥

Widgets
Join 1,731 other subscribers
Follow Spice on the Beat on WordPress.com